Is a Handwritten Will Valid in California? 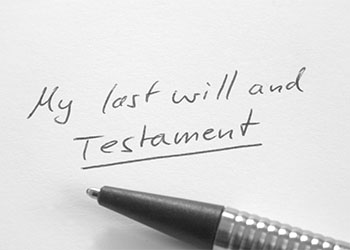 Most of us are familiar with what a basic will does, but it’s not until we write out our own or are assigned to be the executor of one that we realize how complex it can be. Furthermore, a lot of people don’t realize there are actually different types of wills and some of them are harder to administer than others.

For help understanding this topic more, call our offices at Davidson Estate Law in Oakland, California. We’re also able to help those in Walnut Creek, Berkeley, San Francisco, El Cerrito, Alameda, and throughout the Bay Area.

Why Having a Will Is Important

Many people incorrectly assume that you need to be old to have a will or that you need to have a large estate, but neither is true. The reality is everyone can benefit from having a will no matter their age or amount of wealth. In addition to being able to assign beneficiaries for your assets, a will also allows you to name a legal guardian for any minor children as well as pets. If you die without a will in place (called dying “intestate”), the task of locating and organizing all of your possessions will be left to your family members who will be dealing with their own grief.

Additionally, if you haven’t made any estate plans, your estate will likely have to go through probate. During this legal process, a judge will assign an administrator of your estate (typically a surviving spouse or close family member) who will then have to spend one to two years working with the courts and making decisions on your behalf.

The most common type of will that’s used is called a formal will (or an attested will). This kind of will is done on a computer, digitally saved, and usually created with the help of an estate planning attorney. When you choose a formal will, you can be more assured that its contents will be thorough and upheld in court.

Another type of will is called a handwritten will. As the name implies, this is a will that has been written out by hand on paper. It may or may not be witnessed or notarized (typically an unwitnessed handwritten will is referred to as a “holographic will"), and it may or may not use the correct wording to be legally binding. Because of this, it’s almost always preferable to use a formal will. That said, there still are handwritten wills being used. These wills are not accepted in all states, but California courts will accept them in some instances.

When people encounter this type of will, their first question should be, “Is a handwritten will valid?” The answer to this depends on a couple of matters. Perhaps the most important distinction is whether the will has been witnessed, meaning someone else was present while it was written and signed confirming the testator (the author) wrote it themselves and was of sound mind and body. If there is no witness or notarization and the author of the will has passed away, it risks being contested in court and its validity brought into question. However, California will still accept holographic wills that have been neither witnessed nor notarized.

Some people prefer handwritten wills because they can be done easily at home and without having to hire an attorney. However, if an heir questions the will (for example, claiming that the handwriting doesn’t match or the testator wasn’t cognitively well enough to write it), it can be held up in court.

If you’re in the Oakland, California, area and would like to know more about estate planning and specifically handwritten wills, reach out to our team at Davidson Estate Law.